Often referred to as Castle Country, the historic Northeast of Scotland is home to around a thousand castles or castle ruins, providing a wealth of history to explore; from gruesome tales of battles fought, to strolls through romantic family estates.
Coming in all shapes and sizes, each castle holds a different story to tell. Let your mind wander back through the centuries to imagine just what might’ve taken place where you now stand, or get lost amongst the beautiful walled gardens where, if you’re lucky, you might come across a traditional tearoom for a spot of delicious home baking.
Aberdeenshire is home to Scotland’s only castle trail; a selection of thirteen unique castles. Experience the romance and history of these restored family castles, ruins and stately homes, by simply following the trail. With its distinctive white on brown signs and a blue castle logo, which leads you through the heart of Aberdeenshire, it couldn't be a simpler day out. 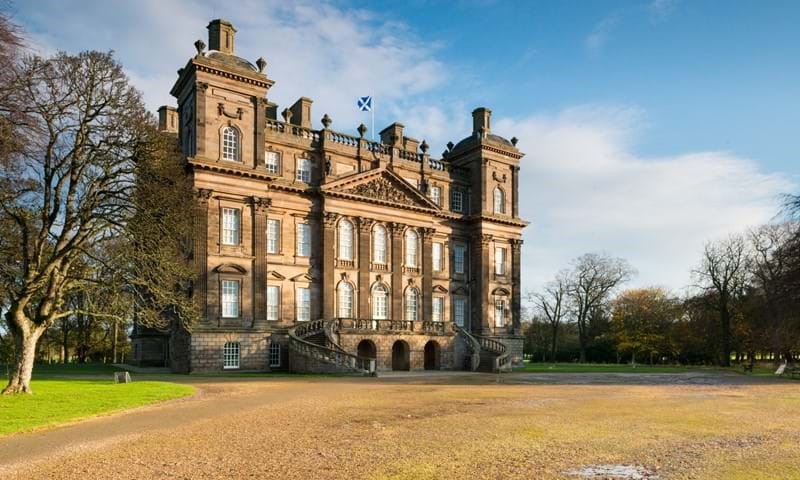 Duff House is a treasure house and cultural arts centre operated by a unique partnership of Historic Scotland, the National Galleries of Scotland and Aberdeenshire Council.
Duff House is a magnificent early Georgian mansion, designed by William Adam in 1735 for Earl Fife, and acknowledged to be his masterpiece.
Because Duff House is an outstation of the National Galleries of Scotland it is able to house a rich collection of paintings, furniture and works of art, including El Greco's St Jerome in Penitence, J.G. Cuyp's Dutch Family Group and three panels by Francois Boucher.
Visit their Website 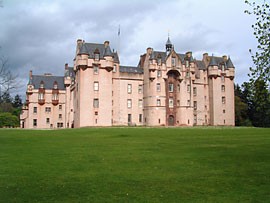 Fyvie Castle is one of Scotlands great baronial fortress palaces.
Fyvie dates back to the 13th century when it was a royal stronghold. Both William the Lyon and Alexander II held court here, and Edward I of England and Robert the Bruce were both visitors.
The castle interior is richly decorated, 17th century tapestries and paintings by artists such as Batoni, Raeburn, Romney, Gainsborough, Opie and Hoppner hang on the wall. Original panelling and plaster ceilings survive in the 17th-century Morning Room. One feature, a large wheel staircase, is considered to be the finest in Scotland.
Visit their Website

On the coast between Cullen and Sandend are the ruins of Findlater Castle, perched precariously on an outcrop of rock.
There has been some form of fortification on the site since at least the 13th century, but the remaining buildings probably date from the late 14th century when the castle was owned by the Sinclairs.
The Vikings took and held the castle for some time.
The castle remains that are still there are from the 14th-century rebuilding, when the castle was redesigned based on the Roslyn Castle model. As you can see the castle is in a very dramatic and picturesque setting.
Visit their Website

Haddo House is unusual for Aberdeenshire in that it is not a castle - yet it is one of the most beautiful stately homes open to the public in Scotland. 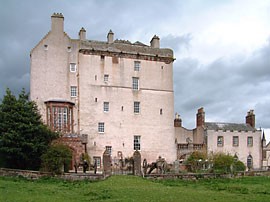 The main tower at Delgatie Castle largely dates from 1570, although it contains parts of an earlier structure.
Later extensions have changed the appearance of the castle but it still has some interesting features worth viewing inside. A wide turnpike stair in the thickness of the wall gives access to the floors above, some with rooms that still feature their original 16th century painted ceilings. 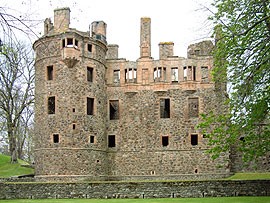 Also known as Strathbogie Castle, this glorious ruin stands on the banks of the River Deveron.
It is in itself a history lesson in the development of the Scottish Castle from the earliest Norman fortress to the palace of the 17th century.
The remains of this 12th century motte and bailey, a mediaeval L-plan tower, and defence earthworks of the Civil War are still visible.
The most striking features of this palace,a former stronghold of the Gordons, are the splendid heraldic doorway and the carved fireplaces.
The castle is in a beautiful setting in Huntly.

Preference cookies are used to keep track of your preferences, e.g. the language you have chosen for the website. Disabling these cookies means that your preferences won't be remembered on your next visit.

We use analytical cookies to help us understand the process that users go through from visiting our website to booking with us. This helps us make informed business decisions and offer the best possible prices.